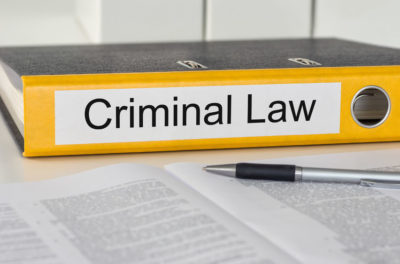 Fast criminal record expungement in Oklahoma is possible under the new pardon and expunction laws. A criminal conviction in the state of Oklahoma can cause a lot of problems for you. If you have a criminal record, many jobs might not be available to you. You might lose valuable rights, such as the right to vote or carry a gun. You might be denied an occupational license. Because of this, your aim should be to clear your criminal record as soon as possible so that you can move on with your life. The process is called expunging your criminal record. Here’s more on how to go about expungement and pardons, including how an attorney can help you.

Expunge Your Criminal Record in a Hurry

There are two types of procedures to expunge your criminal conviction. The first is covered by Title 22, Section 991C of the Oklahoma Statutes (the “991C” expungement). These expungements are done through a deferral program with a court. Under this program, you plead guilty to a crime, and the judge delays sentencing until you complete your probation. Once you complete everything the judge dismisses the charges against you, and there will be no record of your criminal conviction. There is no specific waiting period for this category of expungement. Its limited only by the term of probation. This does not wipe out the record of your arrest. Rather the case shows as dismissed.

The second type of expungement is covered under Title 22, Section 18 of the Oklahoma Statutes (the “Section 18 expungement”). Here, if you meet the qualifications, then you can have your arrest, as well as your conviction, wiped clean. You might qualify if one of the following applies to you:

You may apply to the court for expungement of a single nonviolent felony conviction five years after completion of your sentence. This is applicable if you have not been convicted of any other felony or a separate misdemeanor in the past seven years, and if no felony or misdemeanor charges are pending. In the case of a single felony conviction you no longer need to get a pardon along with the expungement. This stream lined process promotes fast criminal record expungement in Oklahoma by reducing the steps required.

If you are convicted of no more than two felony offenses, neither of which involves serious violence or requires your registration as a sex offender, then you may petition to have the record expunged ten years after completion of your sentence. In the case of multiple felony convictions you may need a Governor’s pardon.

Misdemeanor convictions may be expunged five years. There must be no charges are pending, you have no prior felony offenses, and you have paid all court debt. In both felony and misdemeanor cases its important to understand that the waiting periods before you are eligible runs to the time the sentence is complete. This means that the clock doesn’t start to run from the time of the conviction. The waiting period is waived if you were sentenced to a fine less than $501 and no prison sentence was imposed, as long as you have never been convicted of a felony and no charges are pending.

Tulsa Expungement Lawyer Near You

Expunging criminal recodes in Oklahoma doesn’t have to be so difficult. Over the years the law regarding pardon and expungement has evolved. This evolution males fast criminal record expungement in Oklahoma possible for those cases that were once not eligible. This includes both felony and misdemeanor charges including DUI crimes. Kania Law Office’s experienced expungement and criminal defense attorneys are ready to help you get your record cleared. To learn more about how we can assist you, by calling (918) 743-2233 or contacting us online.