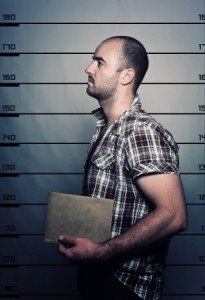 Oklahoma criminal charges generally fall into two categories: misdemeanors and felonies. The difference between the two crimes is night and day. The primary difference is the range of punishment. For Oklahoma felonies you can face anywhere from one year to life sentences in prison. The fines costs and probation fees are also more for an Oklahoma felony conviction.

Once you’ve been arrested for any Oklahoma felonies you’ll be given a chance to bond out of jail. The bond you face is determined by the severity of the crime. At this time you’ll also be given a court date. This is your initial arraignment. At your arraignment your felony criminal defense attorney will enter a plea of not guilty for you. At this hearing we’ll also get a copy of the information. This is the charging document and it contains the criminal charges you’ve been charged with. Shortly after this, and before your next court appearance, we’ll get a copy of the discovery. The discovery is a detailed explanation of facts leading up to your arrest and witness statements.

Unlike a misdemeanor jury trial a felony jury trial impanels more people. At the jury trial the State of Oklahoma has the burden of proving beyond a reasonable doubt that you’re guilty of the Oklahoma felonies they’ve charged you with. Like any other trial you have certain constitutional guarantees. One of those is the right to remain silent. You never have to prove your innocence by testifying. Its the State that has to prove your guilty and they must prove it beyond a reasonable doubt. You also have the right to question State witnesses and to call your own.

Are you looking for Tulsa attorneys who will fight aggressively for you? Our team of expungement attorneys have the experience needed in Oklahoma law to secure the outcome you deserve.

Oklahoma drug crimes are a serious matter, punishable by years in prison, substantial fines, and the potential for a felony record.  In addition, Oklahoma Drug crimes can be defined to include any criminal activity that involves an illegal controlled substance. If you’ve been accused of a drug crime in Oklahoma or fear you soon will be, you need to retain the…

Tulsa Lawyers Review Assault and Battery on an Officer

In Oklahoma, it’s a felony to commit assault and battery on an officer.  This also includes police, sheriffs, deputy sheriffs, corrections officers, highway patrol, and any other peace officers that are in the line of duty.  As tension rise across the nation regarding law enforcement and defendants, it’s more important then ever to address this topic.  Read on to understand…

In April of 2017, parents of a 4 year old girl confronted a Nebraska daycare worker after witnessing a video of child care abuse against their daughter.  The worker full force punches the girl in the arm and violently shakes the girl on the video after the girl begins crying.  The parents of the girl are pressing charges against the…

Possession of Drug Paraphernalia in Oklahoma

Defending Rape Charges requires a strong understanding of potential defenses. In February of 2017 a Tulsa man was convicted of rape by instrumentation and crimes against nature.  During Valentine’s Day, a woman became unconscious at the man’s home.  She awoke to severe pain and later found photos of sexual assault against her involving objects and at one point a dog. …