The Expungement of Oklahoma Criminal Records seals the criminal record and gives you a clean slate. Expungement of Oklahoma Criminal Records refers to a legal process whereby a person’s criminal conviction or arrest and all other records pertaining to the arrest and conviction are sealed and cleansed from his or her public criminal record.  The type of expungement that is appropriate to a given criminal case will 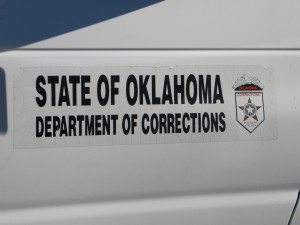 vary, depending upon whether the crime was a misdemeanor or a felony, whether the person was a juvenile (minor) or an adult, whether a protective order was filed for, criminal conviction occurred, what sentence was received, and how much time has passed since the conviction and completion of the sentence.  Expungement or pardons of Oklahoma Criminal Records law in Oklahoma can be complicated, and is always changing. Call our Tulsa lawyers for current expungement advice..

The Effect of an Expungement in Oklahoma

An order granting an Expungement of Oklahoma Criminal Records causes the criminal conviction or arrest in Oklahoma to be officially deemed to have never occurred.  The criminal records related to the incident are sealed; however, they are not destroyed. Oklahoma Law enforcement agencies will continue to have access to the basic identification information contained therein.  Additionally, upon Petition, with compelling reason, expunged records can be unsealed, but this is rare.

The advantages of having a criminal record expunged are numerous.  Since the expunged incident is deemed to have never occurred, employers, educational institutions, state and local government agencies, officials, and employees shall not, in any application or interview or otherwise, require an applicant to disclose any information contained in sealed records. 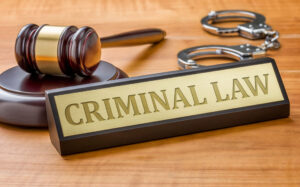 entitled to a 991C expungement. This includes expunging DUI cases where you get a deferred sentence. This type Expungement of Oklahoma Criminal Records does not however seal the arrest record in all respects or the jail record if you were arrested and taken to jail. This expungement causes people the most confusion. The reason being that when the Judge or a person’s attorney tells them that the record will be expungement after they complete probation this is not entirely clear.  Although the OSCN or ODCR record will show the case as dismissed and the record sealed the record of arrest will still exist. Also, the record of you being in the the County jail will also be available and discover-able by those that are looking.

1. The individual was acquitted of the criminal charge;

3. The facts proved that the personal convicted was innocent and this innocence was proven by the use of deoxyribonucleic acid (DNA) evidence after the  conviction, including a those that have already been released from prison at the time innocence was established;

4. The person has received a full pardon on the basis of a written finding by the Governor of actual innocence for the crime for which the claimant was sentenced;

5. The person was arrested and no charges were ever filed and the statute of limitations for that specific crime has run or otherwise expired or if the district attorney declined to file charges;

6. The person was under eighteen (18) years of age at the time the offense was committed and the person has received a full pardon for the offense;

7. The person was charged with one or more misdemeanor or felony crimes, all charges have been dismissed, the person has never been convicted of a felony, no misdemeanor or felony charges are pending against the person, and the statute of limitations for refiling the charge or charges has expired or the prosecuting agency confirms that the charge or charges will not be refiled; provided, however, this category shall not apply to charges that have been dismissed following the completion of a deferred judgment or delayed sentence;

9. The person was charged with a nonviolent felony offense, as set forth in Section 571 of Title 57 of the Oklahoma Statutes, the charge was dismissed following the successful completion of a deferred judgment or delayed sentence, the person has never been convicted of a misdemeanor or felony, no misdemeanor or felony charges are pending against the person, and at least ten (5) years have passed since the charge was dismissed;

12. The person has two felonies or less. The crimes are nonviolent and not found in Section 571 of Title 57 and the person is not subject to sex offender registration. 10 years must pass since the completion of the latest sentence.

13. The person was convicted of a nonviolent felony offense not listed in Section 571 of Title 57 of the Oklahoma Statutes. This crime has since the prior conviction been reduced to a misdemeanor.  The person is not currently serving a sentence for a crime in this state or another state. Thirty days has gone by since the crime was reclassified as a misdemeanor. The person must have finished paying any restitution and all fines and costs and any other Court ordered recommendation is completed. If all the above requirements are satisficed the applicant will file for the expungement using the misdemeanor expungement rules.

12. The person has been charged or arrested or is the subject of an arrest warrant for a crime that was committed by another person who has appropriated or used the person’s name or other identification without the person’s consent or authorization.

A criminal record doesn’t have to ruin your life. The truth is that many people with criminal records only have them because the took a plea in their case. Many times they did this because the cost of a trial was more than they could afford. As a result of this pleas they find themselves with a criminal record. The good news is that new laws have been enacted with different kinds of expungements to help you remove the record. Call us today and ask a Free legal question

In Oklahoma domestic assault in the presence of a minor is a Serious Crime. Unfortunately, statistics show that nearly 20% of children witness a domestic abuse situation in their lifetime.  Further, repeat situations can lead to depression, anxiety, and rage in children as they mature.  This truth is a tough reality.  However, some people exploit this reality and use children…

An Oklahoma expungement gives you a new lease on life. Many people convicted of crimes in Oklahoma presume that once they have served their time and fulfilled the terms of their probation they can move on with their lives.  The reality is that a criminal record can follow a person far into the future.  It can impact employment opportunities, housing,…

Federal Grand Jury Process, like all federal criminal prosecutions is much different than in State Court. Most people are familiar with State court cases in Oklahoma, where the charges are already determined, and the case goes to trial. This is what is most commonly seen on television and what most people will experience if they’re arrested. If someone is arrested…

Assault and Battery on a Police Officer

Assault and Battery on a Police Officer is a crime the District Attorneys often use as a tool to put people in prison. Assault and battery upon Police officers includes any attempt to reach for or gain control of the firearm of any police officer. This includes deputy sheriff, state police, jail or prison employees, or any peace officer employed…

Possession of an Open Container

In July of 2017, Rogers County officers attempted to stop a man for speeding.  The driver, once the officer began getting out of the police car, sped off.  He led officers on a chase over highways and through county roads, evading roadblocks and ramping over railroad tracks.  When the chase came to an end, the man admitted running because he…

Is There A Crime Of Parental Kidnapping In Oklahoma?

Parental kidnapping in Oklahoma is a serious crime. This crime occurs when one parent takes a child from the other parent without legal permission. In the United States, parental kidnapping is most common type of kidnapping, as parents are more likely to commit the crime than non-parents. Normally this kind of kidnapping is part of an ongoing child custody case or a divorce. Most state…