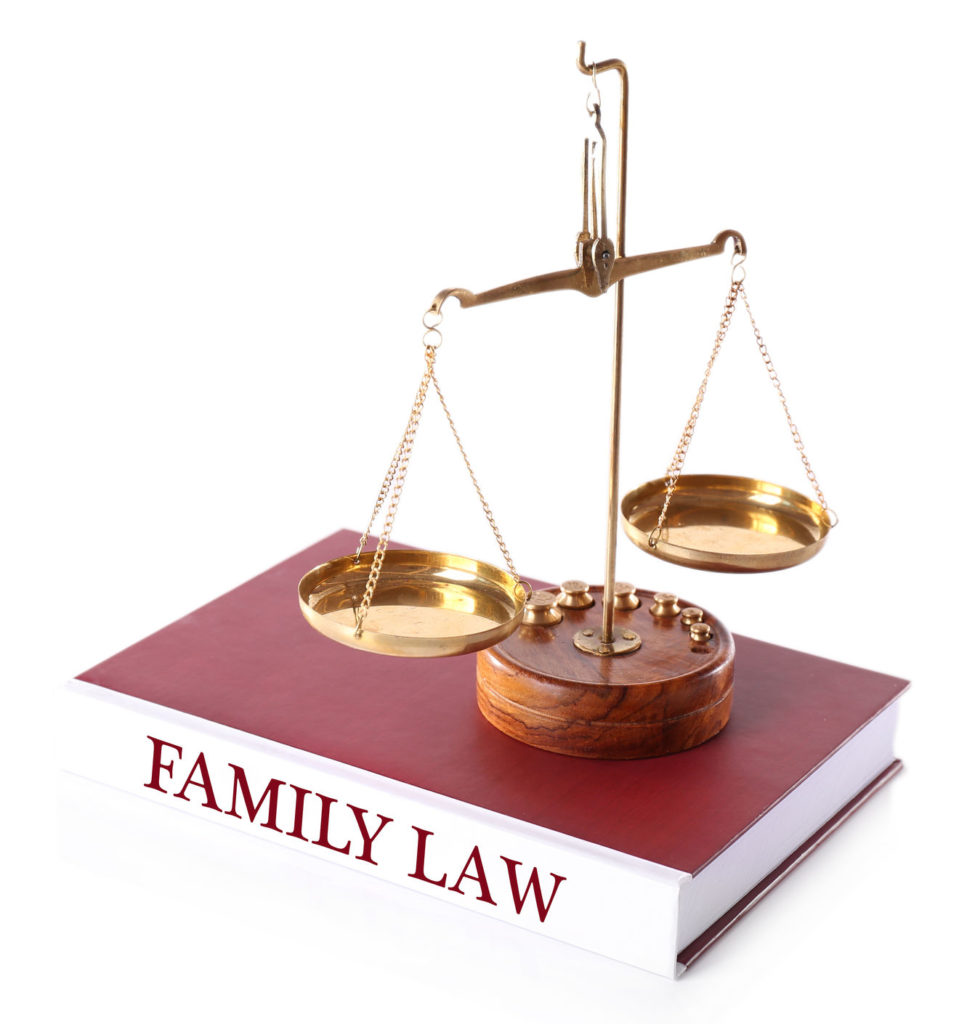 Oklahoma divorce requirements outline specific procedures for filing your case. Divorce can be one of the most life changing things a person faces. As the case progresses a wide range of issues and concerns must be addressed. What ever the specifics of your case the procedures are set by statute and determine how the case moves forward.

Oklahoma law requires that in order to file divorce in the State one of the parties to the marriage must be a resident of Oklahoma for six (6) months prior to filing. This residency requirement is set out Okla. Stat. tit. 43, § 102(A) (2002).

Additionally, residency determines in which county a person is allowed to file their divorce petition. By statute, a person filing for divorce files it in the county they reside. And they must have resided in that county for 30 days before filing. They can also file in the county in which their spouse resides. So if you lived in Wagoner county for 10 years and have moved to Tulsa 1 month ago you should file the divorce in Tulsa.

Like many other states Oklahoma has adopted the Uniform Child Custody Jurisdiction and Enforcement Act (UCCJEA). This act controls all jurisdiction concerns between states. Oklahoma divorce requirements look first to your state of residency before addressing any other divorce concerns.

Oklahoma Divorce For Cause

A no fault divorce is by far the most common. No Fault Divorce is based on incompatibility. This kind of divorce allows the parties to get a divorce without finding fault on the part of either party. This means that the process of proving fault through infidelity, abuse, abandonment, or what ever the reason is becomes unnecessary. This allows both of you to focus on important issues of child custody, support, visitation, and property distributions. It also greatly lowers the cost of the divorce by eliminating a trial required to prove the other persons fault. It will also make the process go faster.

Nevertheless, there may be circumstances in which bad behavior is relevant to how property is divided, who receives child custody, and what child visitation is appropriate.

The practical result of a no-fault divorce is that either spouse can get a divorce. This is done regardless of whether the other party wants it or not. In short, the other party cant stop the divorce.

With no-fault divorce, when a case is contested, rather than litigating on why a party wants a divorce, focus is on the terms of the divorce. This may include other Oklahoma divorce requirement regarding child custody, support, visitation and spousal support.

How Long Before Its Final

In order to allow for the possibility of reconsideration and reconciliation, Oklahoma 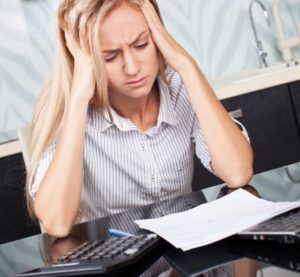 Additional Oklahoma divorce requirements state in Rule 8 of the Rules for the District Court that no divorce case can be heard on its merits until ten (10) days after the filing of the petition. This includes a divorce without minor children. If there are minor children, thirty (30) days must pass before a hearing on the merits. Okla. Stat. tit. 12, § Rule 8. Similar to the aforementioned waiting period under §107.1, this requirement may be waived by the court in the case of an emergency duly shown by application setting forth “good cause.”

Oklahoma is among the majority of states which utilize the “equitable distribution” doctrine for property division. Nine (9) states use the community property rule, which divides marital property equally between the parties. Oklahoma and the remaining states in the nation, divide marital property equitably, which does not necessarily mean equally. Okla. Stat. tit., 43 § 121(B) (2006).

Marital property is property acquired during the course of the marriage, with martial industry, regardless of who purchased it or in whose name the title is. Martial property also includes any money earned by either party during the marriage, unless the funds were generated from separate property. Marital property will divide as closely to equally as the court finds just and equitable. Unlike in community property states, in Oklahoma the court has discretion to divide more property to one party than the other, if fairness so dictates.

If you and your spouse cannot agree on the issues in a divorce, the court will decide the issues after a trial on the merits. At the conclusion of a trial, the court will decide how the marital property will be divided, who will pay which debts, and which person will have possession of certain marital property, such as the marital home. The judge will also decide who gets custody of the children, who pays child support and how much. The Judge will also decide visitation schedules, and who covers the children’s health insurance. However, the courts highly encourage agreements between spouses. by the courts. 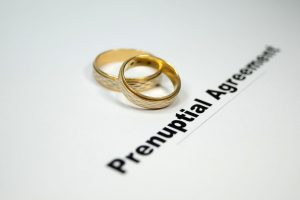 after the divorce is final. This doesn’t apply if you’re remarrying your former spouse. The law goes on to say that its a crime to violate this rule. Not only is it a crime it’s a felony bigamy. Okla. Stat. tit. 43, § 124 (1998). In truth this law is ridiculous and I’ve never defended anyone in criminal court for this crime but its the law. One day I believe this law will be stricken as unconstitutional.

Regardless of Oklahoma law, the United States Constitution provides that every state shall give “full faith and credit” to the laws and judicial determinations of other states. U.S. Const. art. IV, § 1. This provides the opportunity for people divorcing in Oklahoma to remarry during the waiting period.  This is though, so long as the marriage occurs in another state and under the laws of another state. Further according to Oklahoma Supreme Court precedent, a marriage conducted in another state during the six (6) month waiting period will be considered valid in Oklahoma and not voidable. Copeland v. Stone, 842 P.2d 754 (Okla. 1992).

However, Oklahoma statutes have addressed this loophole by making it a crime for a person under the six (6) month waiting period to remarry in another state and then co-habitate in Oklahoma during the waiting period. The crime is felony adultery. Okla. Stat. tit. 43, § 123 (1998). Whether this crime passes constructional muster, is up for debate, though, as there is no case law addressing this issue.

Are you looking for Tulsa attorneys who will fight aggressively for you? Our team of legal separation attorneys have the experience needed in Oklahoma law to secure the outcome you deserve.

Oklahoma workers compensation benefits affect child support in some instances. Oklahoma law imposes a legal duty on parents to support, protect, and care for their minor children. This includes financial support based on Oklahoma’s child support guidelines. The Oklahoma guidelines require specific data about the number of children subject to the support order, any other children, each parent’s income, the…

Dividing Property in a Tulsa Divorce

Dividing Property in a Tulsa Divorce is an important part of any divorce case. During property and debt division, parties have legal obligations to provide disclosures of their assets and liabilities.  This financial disclosure requirement is necessary for parties to negotiate an equitable distribution of property and spousal maintenance (alimony).  These disclosures are necessary for a fair conclusion of any family…

What is a Premarital Agreement in Oklahoma

A Premarital Agreement in Oklahoma is more common than many people think and its understandable. You are in love. You’re happy. You’re on cloud nine. After all, you’ve just said “Yes” to one of the biggest questions of your life: will you marry me. Naturally, the first thing you want to do is pick out a wedding dress. Yet, it…

Relocating With Your Child after Oklahoma Divorce

Relocating With Your Child after Oklahoma Divorce is possible but requires that you do certain things first. Often times, Oklahoma parents will have the opportunity to leave the state for many reasons.  This could be better employment, closeness to out of state family, or other pressing reasons.  However, having a custody and visitation agreement make things more complex.  This is…

What Is The Best Evidence In A Custody Dispute in Oklahoma?

There are different kinds of evidence in a custody dispute. The evidence used will help the courts determine which parent should have sole custody or if joint custody is better. In Oklahoma, a judge will only approve a custody plan that promotes the best interests of the child. If parents cannot mutually agree to such a plan, the court will…