Home > Tulsa Law Blog > Personal Injury Law > What Is The Statute Of Limitations For Car Accidents in Oklahoma? 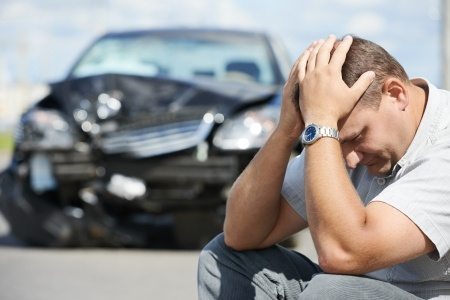 The statute of limitations for car accidents in Oklahoma requires that you bring your negligence claim within a certain time period. If you miss the statutory period you may be time barred from collecting damages for the negligence of the other driver. There can be a lot to process after you’ve been in a car accident. There might be car damage to assess and figure out how to repair. You could have also experienced physical injuries due to the car crash. It might be difficult to determine which driver caused the collision or if there was negligence involved.

What Does “At Fault” Mean In A Tulsa Car Accident Case?

Oklahoma car accident laws state that the driver who is at fault in the car crash is responsible for the damages experienced by the car accident victims. Even in an instance when one party admits to being at fault or even apologizes for what they did things aren’t always as they appear. In Oklahoma, to receive payment for the damages you suffered in an automotive or truck accident, you must show that the other driver in the accident was at fault. Sometimes it seems obvious which party was at fault in the accident but often times its not that easy.

What Is Negligence In Oklahoma?

If you have been involved in a car accident involving a negligent driver, there are several requirements you must meet to get compensated. To show there was negligence involved in the car accident, you have to demonstrate:

Even if all these aspects can be proved in your case, your negligence in the car accident will also be evaluated.

What Is Contributory Negligence In Oklahoma?

When determining who was at fault in a car accident, Oklahoma also considers contributory negligence. Contributory negligence means that if your actions contributed to the car accident, you would have to prove that the other driver was even more at fault than you were. If you can show the other driver’s actions were more responsible for the car crash, you can be compensated for your injuries and car damage.

When working out a car wreck negligence case, the court has several different steps to decide the matter. These steps include:

How Long Do I Have To File A Claim For Negligence?

After you have been in a car accident in Oklahoma, you are allowed two years to file a lawsuit. This countdown begins from the time the car wreck occurred. If you can avoid waiting until the end of the statute of limitations, you will be able to get compensated quicker if the other driver is found responsible. Always avoid the adjuster who appears to negotiate with non lawyers through out the case only to latter try and get them to miss the statute of limitations for car accidents. Sometimes an unscrupulous adjuster will stall just long so that there isn’t enough time to draft the lawsuit for negligence.

Being in a car accident can be scary without factoring in the aftermath of determining how to pay for the damage done to your car and your injury costs. A lawyer who handles car accident claims can explain your options. Automobile accident lawyers will be able to assist you in getting the compensation you deserve after you have been involved in a collision.

The attorneys at Kania Law Office represent those who have been injured due to negligent driving. If you have been involved in a car accident, our team can support you at all stages of your injury claim. To learn more about how we can help you, call us at 918-743-2233 or contact us online.