Few adults get the amount of sleep they or the medical profession feels that they need. The statistics support this assertion. A Gallup poll from December 2013 found that 40% of Americans get less than the recommended seven to 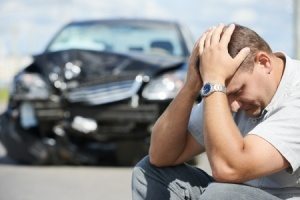 nine hours of sleep a night. The average night sleep for adults is now only 6.8 hours. Medical studies, and common sense, tell us that lack of sleep leads to health problems and cognitive impairment. Victims of drivers who are impaired by lack of sleep should seek legal help from an experienced Tulsa car crash injury attorney who has successfully handled car crashes resulting from sleep deprivation cases.

The problem of sleep deprivation while driving seems to be pervasive. The National Sleep Foundation reported in 2005 that 60% of adult drivers said they had driven a vehicle while drowsy in the preceding year, and 37% said they had fallen asleep while driving. Of the 37% that had fallen asleep, 13% admitted that they did so once a month or more. 4%, or eleven million drivers, stated they had had car crash injury accidents, or nearly had car accidents, because they had dozed off or were fatigued.

The problem of driving while sleepy is particularly acute for males between the ages of 16 to 29, shift workers who work at night or who work long or irregular hours, and people with untreated sleep disorders such as sleep-apnea or narcolepsy. A study of 80 long-haul truck drivers in the US and Canada found that they averaged less than five hours of sleep per day. The National Transportation Safety Board reported that sleep deprivation was the most likely cause of over half of fatal truck driving crashes.

Sleep deprivation impairs coordination, judgment, memory, and the ability to retain information. It also can cause longer reaction times, a critical factor in avoiding accidents. Various indicators can infer that a particular crash was at least in part the result of drowsiness.

Obviously, sleep deprivation is a major concern for traffic safety. If you receive injuries in a vehicle accident, it is possible that sleep deprivation may have been one of the main causes. To determine your rights, you should seek out the advice of competent car crash injury lawyers skilled at identifying crashes that fit the pattern of sleep deprivation. You may be able to recover lost wages, medical costs, as well as damages for pain and suffering. Call today for a case evaluation.

Car Crash Injury Attorneys in Tulsa That Care About You:

If you’ve been involved in a car accident of any kind or a car crash resulting from sleep deprivation we know what to do. Offering our injury clients free case evaluations and like always, we never get paid unless you get paid.