Oklahoma’s McGirt Decision has upended criminal prosecution and has criminal lawyers fighting to get cases dismissed.. Oklahoma criminal prosecution was changed significantly by a decision made by the United States Supreme Court on July 9th, 2020. In the U.S. Supreme Court decision, written by the Honorable Justice Gorsuch, it was determined that the Muscogee (Creek) Reservation boundaries were not reduced by treaty when Oklahoma was given statehood in 1907. This means that a vast part of Oklahoma, including the City of Tulsa, remains Indian land.

Writing for the majority Justice Gorsuch pointed out that the Trail of Tears held a promise for those who traveled it and the promise was that at the end of the trail the Tribes were to be given Homestead. The Court through its decision is upholding the promise made by the United States. This decision changed years of present and current cases prosecuted in the applicable Oklahoma District Courts.

Jimcy McGirt was directly involved in the decision since he was convicted under the Oklahoma law. The case now sets precedent over the prosecution of Native Americans living in all five Oklahoma reservations. This includes Muscogee (Creek), Seminole, Cherokee, Choctaw, and Chickasaw nations. 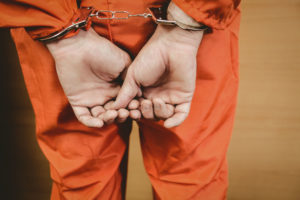 Oklahoma’s McGirt Decision has resulted in significant consequences. For instance, many tribal members that were convicted of crimes under Oklahoma law became eligible for case dismissal. Although the original conviction may be dismissed the tribes can always charge the people under tribal law. Also, the Federal Government maintains, under the plenary power doctrine, the right to prosecute the case in Federal Court under Federal law.

Changes under the decision are broad-reaching. However, they are not automatic. Tribal members are required to petition the courts for release from the terms of their sentence or prison. The convictions continue to stand unless the court determines the tribal members to be eligible for release. As to current prosecutions, the Tribe member must file a motion to dismiss the case. In the motion to dismiss the Tribe member must make jurisdictional assertions that meet the McGirt standards. Many tribal members have sought damages in state courts for their convictions. Prosecutors and police throughout Eastern Oklahoma have to determine whether the people they suspected of a crime or arrested are a tribal member or not. They must also determine if the crime is considered a major crime committed on tribal lands.

Application of McGirt Towards Misdemeanors

The McGirt case deals with a crime committed in the Muscogee (Creek) Nation reservation enumerated within the Major Crimes Act. The Act establishes that the prosecution of a Tribe member cannot take place in State court if it is for a “major crime” taking place within Indian Country and under the exclusive jurisdiction of the US.

However, the State argues that it has the right to prosecute the tribal member for all lesser offences, such as a misdemeanor within the reservation. The general consensus is that the State is not in a position to prosecute tribal members for crimes taking place within the Indian Country and this includes both misdemeanors and felony crimes. The same position is held under the General Crimes Act.

The State of Oklahoma is thought to have lacked jurisdiction for prosecuting tribal members for crimes that were alleged to have taken place in Indian Country. This is now almost half of Oklahoma. The class action lawsuit involves those who were wrongfully prosecuted required to pay tens of millions in costs and fines to the State. The Oklahoma courts will have to decide whether the state owes any compensation to the Indians or Native Americans.

Free Consultation With a McGirt Lawyer in Tulsa

Oklahoma’s McGirt Decision changes both past and current prosecution in Oklahoma. The criminal defense lawyers can help if you were convicted of a crime and McGirt applies to you. Our Oklahoma attorneys can determine whether the McGirt decision has an impact on your case. This includes past cases where you’ve been convicted and paid costs and fees to the State. Also if you need the conviction wiped from your record we can do it. Schedule a free consultation with one of our attorneys in Tulsa today. Call 918-743-2233 or use our online form.