Social media has become an integral part of our lives today. While social media interactions are mostly healthy and beneficial, you should be aware of the potential impact of social media in a Tulsa custody case. Child custody battles, in particular, can be highly sensitive matters, and what you post on social media before or during the case can have an huge impact on the outcome. Regardless of if you want joint or sole custody be carful of what you post. 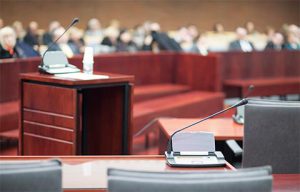 In certain circumstances, social media evidence could be admissible in an Oklahoma divorce and family law court. The court’s goal in a child custody dispute is to seek the child’s best interests. If one party to the dispute presents social media evidence to indicate that the other parent is unfit to provide proper care to the child, it could sway the decision of the court. In this type situation the impact of social media in a Tulsa custody case can make all the difference in custody decisions.

For example, one parent is frequently writing or commenting on social media about how much they hate to provide daily care to their child, the other parent may use it as evidence to show the poor ability of that parent to act as the child’s caregiver. No matter if the comments were just made in jest or as sarcasm, the courts are not likely to take these things lightly in a child custody matter. Also, its important to understand that if one parent demeans the other parent on line this will also negatively impact the case.

Similarly, if a parent has posted images or videos on social media, where they are regularly smoking or drinking in the presence of their child, the court may consider such evidence while determining joint custody and visitation issues. Social media posting becomes particularly risky in situations where the parents are fighting over custody and visitation.

Commenting about Your Case on Social Media 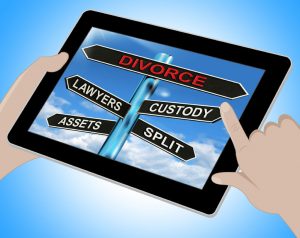 If you are frequently making adverse comments about your ongoing divorce or child custody case or venting about the judge, attorney or your ex-spouse, the evidence could make its way to the court. You will be putting yourself at a disadvantage by getting into this type of entirely avoidable situations. Avoid making adverse comments on social media even after your child custody case has been decided.

Presenting a Wrong Picture of Your Finances

When it comes to determining child support, your income level will be an important factor. You could end up giving a misplaced impression about your income and finances to the court if you have posted social media pictures and videos of expensive shopping, luxury vacations, or high-end automobiles. In this situation, if you requesting the child support amount you have to pay to be lowered or the amount you have to receive to be increased, you could weaken your case.

Remember that even when you are separated, you are not formally divorced. While your divorce proceedings are still on, if you decide to make an online dating profile, do not mention your marital status as “single”. In fact, it is usually prudent to avoid joining any online dating social sites until your child custody matter is resolved or your divorce is final.

Get a Free Consultation With Our Tulsa Custody Attorneys

Child custody disputes require robust legal representation in the court. Its not uncommon for even what started as an agreed joint custody and visitation case to get hostile. Its important to be aware that posts on your social media in a Tulsa Custody Case can come back to haunt both parents. Get a free consultation with our Tulsa Oklahoma child custody attorneys by calling at 918-743-2233.