Getting joint child custody in Oklahoma is a thing that if done correctly is your right. In the event of a divorce where minor children are involved, the family law courts in Oklahoma will focus on the child’s best interests while making custody decisions. The general view of the courts is that a child in this situation can benefit the most when he or she receives the care and attention from both parents. For this reason, it is mostly possible for you to get joint custody of your kids in an Oklahoma divorce but there are some instances where sole custody will be awarded.

Types of Joint Custody in Oklahoma 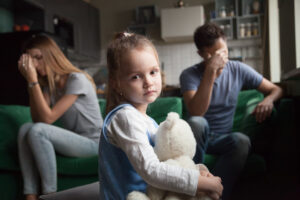 Joint custody in Oklahoma could mean joint physical custody or joint legal custody. Oklahoma law recognizes both types of joint custody. Joint physical custody means that both parents will share their time physically with the child. Joint legal custody means that the child will spend a large part of his or her time with one parent, but the other parent would share the decision-making rights regarding the child’s upbringing and welfare.

In the modern world, it may not be practical in most cases to have the child divide his or her time exactly 50/50 between the parents, even if the court has awarded joint custody. Therefore, the courts in Oklahoma will usually not enforce 50/50 physical time. They encourage the parents to come up with a feasible parenting plan while keeping the best interests of the child in mind.Where the parents fail to come to a mutually acceptable agreement that is right for the child, the judge will make a decision on custody after assessing the child’s unique needs and the ability of each parent to meet those needs as well as other factors.

Can Joint Custody be Denied to You? 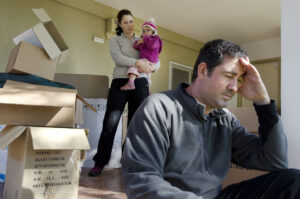 Will The Court Consider the Child’s Wishes?

The family courts in Oklahoma will primarily consider the best interests of the child, and the not the personal wishes or preferences of the child while determining custody.
However, if the child is at least 12 years old, the court may give some deference under the law to the child’s wishes or preferences regarding custody. In some situations, the judge may give consideration to the wishes of a younger child, but mostly they will consider only an older child who is in a position to articulate a reasoned and intelligent choice.

No Custody Order from the Court

Child custody is often one of the most sensitive issues in a divorce. Make sure you have the most competent and compassionate Oklahoma custody lawyers on your side. Call Kania Law Office at 918-743-2233 for a free case evaluation, or contact us online.