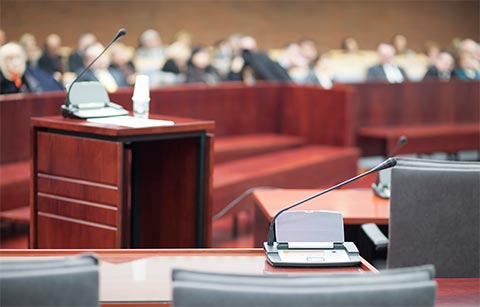 Court ordered drug tests used in child custody cases are fairly common in Tulsa family law court. When an adult abuses alcohol or drugs, they may suffer physical and mental health consequences. But when children are involved, the picture changes quite dramatically because the health of the children are at stake. For this reason, people often wonder whether drug testing is part of the child custody process, and what types of consequences drug or alcohol abuse can have on child custody. Let’s take a closer look at these issues, including what you can do to protect your rights to your children.

It is up to the court to decide if and when a drug test is needed. If the court thinks that a drug test is warranted, then they are required to order the test that is less intrusive. However, the results do not automatically serve to deny custody rights. Other factors are also considered relevant when arriving at this decision.

How Are Drug Tests Carried Out? 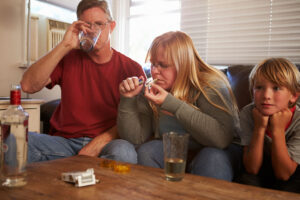 Whoever administers drug tests has to follow certain rules, explained below:

· All test results must be confidential. Because of this, the information cannot be shared through any means. Penalties and fines can be assessed in cases where there is a breach of confidentiality.

· Results obtained by a drug test can only be used to settle issues related to a child’s custody. The information revealed through this test cannot be used in either criminal or civil cases.

If a parent disagrees with the result of the test, then they can challenge it and request additional tests to be done until the matter is decided. This is allowed since on occasion, these tests may produce inaccurate results.

Avoid Granting Custody To A Parent Who Abuses Alcohol Or Drugs

When children go through a divorce or a paternity case, they experience a complete upheaval in their daily lives and routines. Everything they know up to that point suddenly changes. They may move to a different house, have to change school, disconnect from all of their friends, and deal with many other consequences. Having alcohol or drugs involved makes this picture even more dire. However, it is not possible for the court to make the right decision when it comes to taking custody away from a parent if the court has no information regarding their abuse of alcohol or drugs.

If you are convinced that the children’s other parent is committing this abuse, then for you to do something about it, you or someone else will have to establish with the court that the other parent is abusing alcohol or drugs. Proving that a parent engages in this behavior is in the best interests of the child since living with someone who is addicted to drugs or alcohol places that child’s wellbeing and safety at risk. But make sure not to bring any false accusations against the other parent since making unfounded or false accusations is not something family court judges take lightly.

How You Prove The Other Parent Abuses Alcohol Or Drugs?

Hiring an experienced family law attorney can help ensure that you clearly present your case to the judge. Specifically, you have to show them that there is a preponderance of evidence that the other parent abuses alcohol or drugs. This means showing the judge that more likely than not, the other parent has a serious drug or alcohol problem. At court, you could build a strong case against the other parent by:

· Calling witnesses who can testify in your favor.

· Getting sworn statements from people who are knowledgeable about the parent’s drug or alcohol abuse.

· Presenting medical records, pictures, videos or other evidence of the parent abusing drugs or alcohol.

· Presenting evidence of any criminal activity by the parent while they are intoxicated.

Most likely, a parent’s custody will be removed following their positive drug test result. In this situation, that parent’s visitation rights will have to be determined by the judge and the sober parent may be awarded sole custody. These rules are set according to the criteria of the court, and future drug tests could be ordered by the court and may involve other psychological testing be ordered as well.

Also, once the test determines that the parent is abusing alcohol or drugs, it follows that the court becomes interested in finding out whether the environment at home has led any children to have access to the drugs or alcohol. If this proves to be the case, then the parent in question could be criminally charged based on child protection laws.

If it is determined by the court that the parent’s actions have placed the child in danger, then the parent can be sent to prison for child endangerment. Otherwise, Child Protective Services will typically get involved and start regular visitations to the child’s home in order to ensure that a healthy environment exists for the child. If it becomes obvious to CPS that the environment is or may be harmful to the child, then the custody situation will likely change.

Tulsa Custody Lawyers in Your Corner

Drug Tests Used in Child Custody cases are an effective tool for determining custody when one parent is suspected of illegal drug use. Child custody hearings centered around drug abuse accusations are often very contentious legal proceedings. If you want to put your best foot forward in this legal battle, then you’ll need a knowledgeable family law attorney by your side. Kania Law Office is dedicated to representing parents when it comes to child custody, child support, divorce and more. We are here for you should you ever need us. For a free consultation, reach out to the Tulsa lawyers at Kania Law Office by calling (918) 743-2233 or by contacting us online.