Child custody and unmarried parents are often issues related to judicial determinations of paternity. If an unmarried couple has one or more children and decides to part ways in the State of Oklahoma, then they might fight over who gets the kids after the separation. The rule for most states is that the mother gets awarded sole physical custody unless the father takes legal action to be awarded custody. If the father of the child is named on the birth certificate, then he is entitled to physical custody unless the court says otherwise. In Oklahoma, either parent might get custody unless the court determines that it is not in the best interests of the children for one or both of them to have custody. Here’s more about child custody as it relates to parents who never married.

Will The Judge Award Joint Custody To Me If We Never Married? 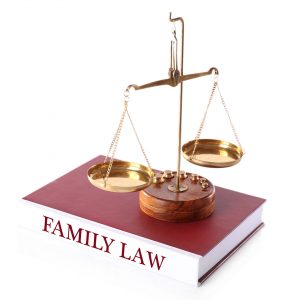 Either or both parents can request joint custody of a child. Joint physical custody means that even if the parents are no longer in a relationship, both of them are still permitted to spend time with their children and to have their children stay with each of them. Joint legal custody empowers each parent to make decisions on behalf of their children as it relates to their medical care, schooling, and other important things.

A judge has the right to grant custody to both parents even if they never wed. In this situation, the separating parents generally come up with a plan for joint custody. That plan includes physical living arrangements for the children, schedules for them, medical plans, visitation rights for the parents, and more. Parents may also submit separate plans to the judge for joint custody, in which case the judge makes the call on what parenting plan to move forward with, if any.

Generally, the judge will issue a final plan for the exercise of full custody or joint care, custody and control of the children based upon the plan submitted by the parents, separate or jointly, with appropriate changes that the judge determines to be in the best interests of the children. The judge also may reject a request for joint custody and proceed as if the request for joint custody had not been made.

Do Both Parents Have To Provide Child Support?

If one parent cannot support the child financially, then the other parent must provide financial assistance via child support. The other parent is only expected to help to the extent that they are able to do so. However, the court ascertains paternity before making child support decisions since it would be unfair to ask a man to help if he is not the father of the children. However, if he holds himself out to be the father, or has adopted the child, then he may be responsible for providing child support.

What Happens if Either Parent Does Not Want Custody?

In Oklahoma, either parent can relinquish their rights to their children. While harsh, it is arguably better to place the children with the other parent, a relative, or another responsible adult who can take care of the children. Relinquishing child custody is done through the Oklahoma court system. Also, there are situations where people other than the children’s parents may wish to obtain emergency custody such as when both parents are abusive towards their children but wish to keep custody of them.

If it is in the child’s best interests, then an Oklahoma court may grant visitation rights to grandparents – even in cases where the parents never wed. If a child is born out of wedlock, then the same rules apply. That being said, grandparents’ visitation rights will be granted only insofar as they are authorized by order of the court.

Do Children Born Out Of Wedlock Have The Same Rights?

Child custody issues can be complex. It doesn’t take much for parents to be at odds with each other as it pertains to what is in the best interests of their children. These issues often necessitate the help of experienced family law attorneys. Hiring an Oklahoma family law attorney can give you the peace of mind in knowing that you have someone on your side who knows the law. The attorneys at Kania Law Office have extensive experience with helping parents protect their rights to their children. For a free consultation, reach out to Kania Law Office by calling (918) 743-2233 or b