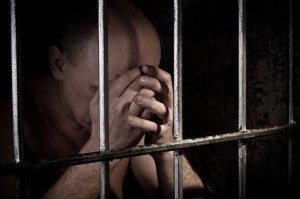 of suspects within criminal cases.

However, Miranda is only applicable when the suspect is in custodial custody and applies to interrogations of the suspect.  Custody is questioning by law enforcement agents and significant depriving of his or her rights to the freedom of action.  Interrogation, either express questioning by law enforcement agents or its functional equivalent, which the officers should know would reasonably elicit incriminating responses from the suspect.  If there is custody and interrogation, Miranda

Your right to Remain Silent:

Miranda protects your right to remain silent and the right to counsel.  Both of these constitutional rights however may waive through an effective Miranda waiver.  An effective Miranda waiver is a relatively tough burden for the government to prove.  Furthermore, the burden is a preponderance of the evidence and can be analyzed through the totality of circumstances surrounding the custodial interrogation by Police.  The waiver must be an intelligent, knowing, and voluntary relinquishment of the Fifth Amendment constitutional rights.  If the government can successfully prove that the suspect satisfied the standard for fulfilling an effective Miranda waiver, a signed form acknowledged by the suspect will be taken.

Overall, Miranda is a safeguard.  It seeks to protect suspects during custodial interrogations from the inherently coercive nature Police often employ.  Suspects must have opportunity to their constitutional rights through Miranda and should be cognizant about utilizing such rights. The moral of the story is this…You have the right to remain silent so use it!

The Right to Remain Silent and Call Your Attorney:

If you have received charges of a crime please don’t make statements to the Police. Its amazing to me the number of people that tell the Police things just because they think it will make it better for them. Contrary to this belief, the Police are not asking you questions so that they can clear you. If they have enough evidence they’ll arrest you. If helping the Police is your goal that’s fine but talk to your criminal attorney first.