Most people know that they can go to jail for a DUI if a blood chemical test shows that they were driving with illegal narcotics in their blood.  Fewer are aware that prescription drugs that impair perception, coordination and otherwise impact driving ability can also be the basis for a Oklahoma DUI arrest.  You may be subject to a DUI prosecution for driving while you are impaired by drugs or alcohol.  DUI drugs cases are very different than cases involving intoxication from alcohol. Certain Oklahoma DUI defenses may be available to you. 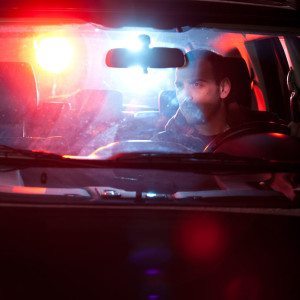 There is a legal threshold of .08 percent BAC, at which drivers are considered impaired for alcohol.  Being below this level is among other Oklahoma DUI defenses. There is no such minimum threshold in a DUI drugs case. Essentially, this amounts to a “zero tolerance policy”.  You will be subject to a DUI charge if any amount of an impairing drug is present in your blood.

Imagine grandma goes to the doctor to pick up pain medication for her arthritis.  Then takes a pill to “take the edge off the pain” before driving home.  She may be stopped and arrested for driving under the influence of drugs.  Even though she had a lawful prescription, this provides no defense to the DUI charge.  Further, the fact that she did not know it was illegal to drive when taking a impairing prescription drug does not matter.  Ignorance of the law is not a defense.

The prevalence of DUI cases involving drugs as the substance that causes impairment is on the rise.  Law enforcement has found that drugs are in as many as 25 percent of blood tests in DUI cases in Texas and 35 percent in New York City.  The National Highway Transportation Safety Administration (NHTSA) reports that 10.5 million drivers per year admit to driving while under the influence of some form of drug.  Law enforcement takes DUI drug cases very seriously because of the risk of traffic accidents caused by drug impaired drivers.  The NHTSA reports that a third of all people killed in fatal car accidents tested positive for some form of drug.

DUI cases involving drugs have effective Oklahoma DUI defenses available.  This includes challenging the basis for the stop; observations of the police officer; training of the officer in recognizing drug impaired drivers; and challenging the blood test.

Our Tulsa Oklahoma DUI drugged driving attorneys aggressively defend our clients against the lasting impact of a DUI conviction involving drugs.  If you’ve been charged with either a DUI drugs or a DUI alcohol we can help you.