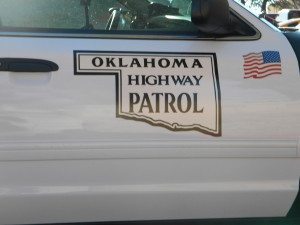 To understand the seriousness of ignoring a traffic ticket, even a very minor one, consider this brief account of one Oklahoma citizen.  A woman received a citation for not wearing her seatbelt.  She thought the ticket wasn’t such a big deal and did not pay the fine.  Unbeknownst to her, a warrant was issued for her arrest when she failed to pay the fine and missed her court date.  She learned about the warrant when she was pulled over for having a burnt out tail light.  When the police officer told her that she was under arrest, she was in shock and fear.  She had never broken a law in her life, aside from not paying what seemed to be an insignificant traffic ticket.

The woman went to jail and her husband had to pay a bond to bail her out.  After experiencing being put in handcuffs and sitting at the police station to wait for her husband, this woman immediately contacted a Tulsa criminal defense attorney.  She knew then that she would never ignore a traffic ticket again and was an even more careful driver.  With the help of an attorney, this woman was able to take care of this ticket.  Further, the arrest did not appear on her record.  If she had not obtained an attorney, the arrest would still be on her record.

Suppose instead of a traffic ticket, this woman received a speeding ticket for going 20 mph over the speed limit in Oklahoma.  The consequences of ignoring a ticket like this would be much worse.  This woman could have faced some jail time.  Traffic tickets are like any other crime.  If you take care of them right away, you will be saving yourself trouble down the line.

More importantly is those tickets that the Oklahoma citizen thinks is insignificant.  But really upon pleading guilty and paying the fine this same citizen later learns that such a guilty plea automatically ends up in a driver’s license suspension for a year or more. A simple example of this kind of ticket is speeding in a school zone or reckless driving.

If you’ve received a traffic ticket of any kind, it’s best to contact an attorney as soon as possible. This is most important especially if you have received a speeding ticket.  With the help of our traffic ticket attorneys  you could have your speeding ticket reduced to a charge that doesn’t add points to your driving record.  Be sure to act fast as missing a court date will result in a warrant for your arrest.