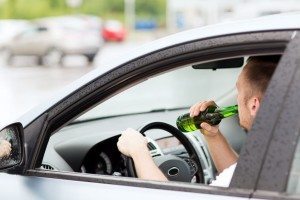 Not Based on Good Science:

Anyone who watches television or movies has some degree of familiarity with field sobriety tests (FSTs).  These awkward and unfamiliar physical and mental challenges often occur at traffic stops.  Oklahoma field sobriety testing for DUI is is often done when an officer stops a vehicle to develop further evidence supporting a DUI arrest.  While many Oklahoma motorists presume this litany of physical and mental tasks are based on some scientific basis of reliability, the truth is that all FSTs have a high rate of indicating false positives for intoxication when considered individually.  FSTs often provide key evidence to support a DUI arrest. So, we have provided important facts that you should know about FSTs.

There are only three standard FSTs with approval by the National Highway Traffic Safety Administration (NHTSA).  These supposedly have predictive value when evaluating potential alcohol impaired drivers.  These standardized FSTs include the walk-and-turn, one-leg-stand and the horizontal gaze nystagmus (HGN).  There are other possible tests.  However, they have not been determined to have any reliability in predicting drivers under the influence of alcohol.  These non-standardized FSTs include finger count test, Rhomberg test, finger to nose test and others.

Do I Have to Take The Test:

There is no requirement that you submit to Oklahoma field sobriety testing.  Further, there generally is no benefit to agreeing to FSTs.  Once a police officer asks you to perform these tests, the officer has already decided that you are under the influence.  These tests are highly subjective so the officer’s expectation that you will fail almost invariably determines the outcome.  There are many reasons that motorists fail these subjective test that have nothing to do with intoxication.  So taking FSTs simply provides more evidence to support an arrest and prosecution.

Reliability of The Test is an Issue:

Dr. Spurgeon Cole, a retired psychology professor from Clemson University and expert in measurements, has long been a critic of the reliability of FSTs.  “It’s designed to fail. There are no norms, there is no average score. We have no idea what the average person could do on the one leg with the heel to toe,” says Cole.  He has conducted research on FSTs for several decades and has concluded that they provide neither reliable nor valid predictions of alcohol impairment.  Even if you successfully perform all three standard FSTs, you still only have a 26 percent better chance of not to be under the influence than if the officer flips a coin.

There are a multitude of reasons that a driver may fail FSTS that our lawyers can use to expose lack of reliability of testing, such as:

If you’ve been charged with a DUI and the Police relied on the Oklahoma field sobriety testing there may be certain defense we can use. In Oklahoma a DUI conviction is either a misdemeanor or felony. Either conviction for is serious and will cost you your drivers license. We car about you and defending your DUI case.