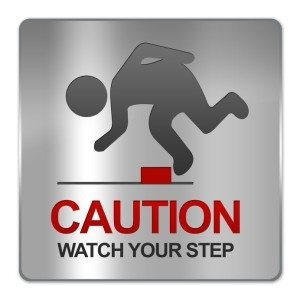 The Commission is implementing a new administrative system of handling worker’s compensation claims.  Lawmakers feel it will help injured workers to resolve their claims more efficiently than the previous judicially-based system. As a part of the transition to the new system, the Commission has created a website where employers, employees, and others can learn about and access the new workers compensation laws.  As of January 31, 2014, the official website of the Oklahoma Worker’s Compensation Commission is open and ready for use.

Ability for Oklahoma Businesses to ‘opt out’

Unfortunately, the the new workers compensation laws in Oklahoma may not be helpful.  For example, businesses are able to “opt out” of using the state worker’s compensation system. But they must provide benefits which are equivalent to those that the system would provide. However, when a business “opts out”, it gets to decide on its own who is eligible for benefits.

Even though the new workers compensation laws intend use by injured employees on their own, it is inevitable that some cases will not proceed seamlessly through the system from start to finish. When a dispute arises, an Administrative Law Judge handles it at an administrative hearing. Employees who work for employers who “opt out” of the state system will have their disputes handled by their employer’s alternative dispute resolution program, which often consists of arbitration.

Other Changes To Workers Comp Laws in Oklahoma

Employees also must comply with strict timelines and burdens of proof for cumulative trauma injuries caused by repetitive motions associated with their work. If you believe that you are experiencing such an injury, visit a doctor right away.  You have just six months to let your employer know that you have developed it.

Fortunately, under the new workers compensation laws, it is still illegal for an employer to retaliate against an employee who has filed a good faith workers’ compensation claim, or who has retained a lawyer to represent them in pursuing their claim. Employees who are temporarily or completely disabled as a result of their injuries also continue to be protected by the new laws. Employers may not fire employees for the sole reason that they were absent from work.  Futher their employer may not let them go in an attempt to avoid making disability payments.

The changes to the worker’s compensation system in Oklahoma are touted as making things easier for injured workers. It is important that workers receiving injuries on the job in Oklahoma consult with an Oklahoma Worker’s Compensation Attorney. Your attorney can help you understand the new system and to stand up for your rights. We offer a free initial consultation where we can answer your questions, evaluate your needs and explain your options.  Call Kania Law Office at 918-743-2233.

Are you looking for Tulsa attorneys who will fight aggressively for you? Our team of workers' compensation attorneys have the experience needed in Oklahoma law to secure the outcome you deserve.