Marijuana Dispensary Bankruptcy in Oklahoma is unsettled law. Bankruptcy has been around for many years and is woven into the fabric of our society. Used in good faith, bankruptcy is a tool which can be used to protect people and businesses who find themselves in financial trouble.  Absent this protection, entrepreneurs could lose nearly everything even in the event of a good faith business failure. However, the Bankruptcy laws surrounding Marijuana Dispensaries are still unsettled. In most all jurisdictions if a debtor conducts any business associated with marijuana he/she is not afforded the protections that come with bankruptcy. 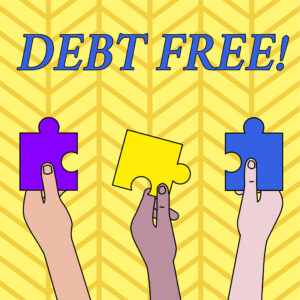 Currently Federal Bankruptcy law doesn’t allow a cannabis business or a cannabis related industry protection under the federal bankruptcy code. The reason posited by the Courts is that even though the states may have legalized marijuana its use and sale is still illegal at the Federal level.  Marijuana is listed as a controlled substance in the Controlled Substance Act making it an illegal activity. Because it’s illegal the bankruptcy court will not provide bankruptcy protection for a business violating Federal drug laws.

Chapter 7 is sometimes called a liquidation or consumer bankruptcy. In a chapter 7  bankruptcy the debtor has most of their unsecured debt wiped clean.  Most times they can keep the vast majority of their assets so long as those assets are exempt. The exemptions are provided for by both the State or federal bankruptcy exemptions. The question here is if my cannabis business cant file bankruptcy can I, as a debtor, file personally. The answer to this question is no.

The prevailing view of the Courts is that if all or part of the debtor’s debt or income can be traced back to marijuana, the bankruptcy trustee’s office will not administer the bankruptcy. Once again it’s the same argument for the consumers filing a chapter 7 as it’s for a cannabis business. The Bankruptcy Trustee argues that the bankruptcy court is not the place for people involved in an illegal business to come and get relief. It doesn’t matter to the court if the debt is directly traced to the illegal business or not, they simply won’t administer the case.

A chapter 13 bankruptcy is a lot different than a chapter 7. A chapter 13 is intended for consumers who have regular income. It’s also intended for those same consumers whose income exceeds the means test family income limit for a chapter 7. In a chapter 13 the consumer debtor is agreeing to make payments on their debt for three to five years. The amount of the payment they make is determined by their disposable income. Disposable income is that income left after you pay your medical expenses and all other expenses. If part of your medical expense is related to medical marijuana Bankruptcy Courts will not allow it as an expense that reduces your disposable income.

Are you looking for Tulsa attorneys who will fight aggressively for you? Our team of bankruptcy attorneys have the experience needed in Oklahoma law to secure the outcome you deserve.