Stop and frisk abuse in Tulsa is a real concern.  Since the early 1990’s its been a problem for citizens in Tulsa 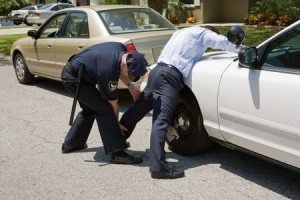 and the Country as a whole. If unchecked stop and frisk abuse allows the Police to stop you and search you without a reasonable suspicion that you committed a crime. When you’ve been arrested you need an attorney to look and the circumstances of the search that led to the arrest. Perhaps the arrest was the result of a stop and frisk abuse in Tulsa or anywhere in The State you may have certain defenses on your side.

The “War on Drugs” has claimed extensive collateral damage in terms of the unjustified infringement of the rights of citizens.  This war on drugs was waged on the streets of Tulsa as well as throughout the country. Stop and frisk abuse has its roots  in the war on drugs.

Many people don’t understand lawful frisk or search.  The police do not need probable cause to stop a person when they have a “reasonable suspicion” that the person being stopped is engaged in criminal activity.  The basis for this stop cannot be mere conjecture or hunch.  It must be based on “articulable facts” under the seminal U.S. Supreme Court Case Terry vs. Ohio.  However, this brief stop must produce further evidence that rises to the higher legal standard of “probable cause” if the detention and brief opportunity to inquire does not terminate quickly.

Many states are in the process of decriminalizing marijuana possession or legalizing possession and use.  But there has been no such movement in that direction in Oklahoma.  Possession of small quantities of marijuana can still result in harsh penalties.  The stop and frisk procedure is often used to enforce laws against simple drug possession and other lower level offenses.

However, this stop and frisk procedure can be subject to abuse.  This is due to a low evidentiary threshold for justifying a stop.  It can base on nothing more than the officer’s subjective impression that someone “looks suspicious”.  This is often more closely connected to one’s race than criminal activity.  In New York, stop and frisk procedures are extensive in neighborhoods relating closely with drug use; however, the results of these stop and frisk law enforcement procedures demonstrate the problem.

A recent lawsuit filed by the ACLU against the police department revealed that ninety percent of these stop and frisk interactions did not result in an arrest.  This means that virtually all of those stops involved those engaged in lawful activity.  While this standing alone is a concern, the potential danger of aggressive stop and frisk policies becomes more apparent when one considers that of the 5 million people subject to a stop and frisk in the large metro area, 3 in 4 were either black or Latino.

When this search procedure occurs on marginal evidence, it can result in a “fishing expedition”.  These are sometimes primarily due to the race or location of the person detained.  Any evidence in “plain view” or “plain feel” when the officer conducts the search may be evidence during criminal prosecution.  This includes one involving simple possession of marijuana.

Our Oklahoma drug possession defense attorneys provide zealous defense of the rights and freedom of their clients charged with both state and federal drug crimes.  If you would like a free legal consultation so that we can the facts of your situation give us a call. Our Tulsa criminal attorneys care about you and your criminal defense.