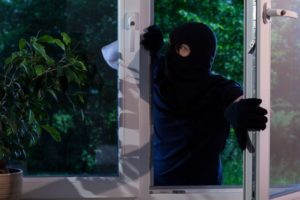 Fighting First and Second Degree Burglary in Oklahoma begins with understanding the difference between the two charges. Oftentimes many people believe that the degrees of a crime are not that important.  For instance, someone may not take the idea of first degree burglary much more serious than second degree burglary.  However, there are a few significant differences between first and second degree burglary in Oklahoma that could change the outcome drastically.  In fact, the sentence could have a swing of 18 years imprisonment depending on the severity of the burglary.  As you can see, this concept is worth understanding.

Burglary in the First Degree

First degree burglary and its definition is under Okla.Stat.Ann. Tit. 21 § 1431. As a result, there are three main elements the State must prove to get a conviction against you.  These are:

“[Anyone] who breaks and enters any..[dwelling place or vehicle]…or other structure or erection, in which any property is kept, or breaks into or forcibly opens, any coin-operated or vending machine or device with intent to steal any property therein or to commit any felony…”

For both first and second degree burglary you face felony penalties with possible jail time.  Further, the court may require you to pay restitution to your victims.  However, the most important difference between a first degree charge and a second degree charge is the amount of time you face in prison.  A second degree sentence can be anywhere from 2 to 7 years.  But a first degree sentence is significantly harsher.  You may spend 7 to 20 years in prison depending on the severity of the crime.

All Oklahoma felony crimes are serious.  However, a first degree burglary conviction is one to be avoided at all costs.   Our criminal defense attorneys have the skill and experience to defend you in the best possible manner.  Our first consultation is free, so don’t hesitate contacting us for support. 918.743.2233